Why Quit Meat but Still Eat Dairy?
Cows are not magic Milk Fairies 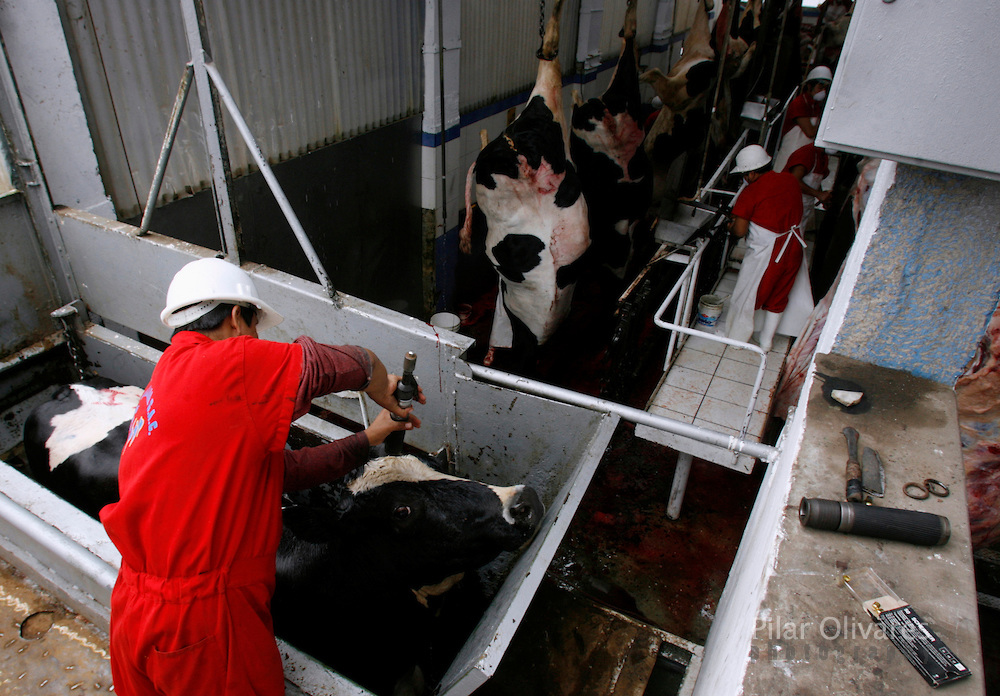 You see these cows? Called "Dairy" because they produce More Milk
they are killed just like Cows called "Meat" cows because they make more
fat then milk, either way it's ilk, either way they're bilked In every instance you make the false inference
The carefully crafted lies that we buy
The truth hides behind the cream puff crimes
That are not benignLots of horrible things are done to Cows
And when their worn out bodies are
Exhausted
Depleted
From the few nightmarish years they’ve been mistreated
Abused, confused, used, misused, destroyed
They are Killed Just the same
As Cow’s in the “meat” game
Skin used as leather
this is no harmless measure

Imprisoned for their Breast’s Milk! (Mother’s Milk! Their Milk for their Babies!)
Forced into many 9 ½ month pregnancies! This is crazy crazy crazy!
No need for this insanity!
But You the Dairy consumer
Need her to make babies
ONLY SO SHE’LL LACTATE! That means, "make milk" Just like humans, it’s the only way
Cow’s udders create milk!
So YOU can buy this stolen supply!! Cows are Not magic milk Fairies! They are slaves of the Dairies!
They ONLY create milk
To nourish, feed, love and grow their babies!
After a painful labor, maybe even more painful than human labor
Certainly no creature comforts are provided to her
And the same day, or very soon after
her baby is stolen from her!
She labors and births her baby!!
Without assuages, only cages only damages, no bandages!
Just some straw on a floor, if even that
maybe in a tiny stall
No solace or love or privacy at all No understanding of her existence
No respect for her needs, wishes, or life purpose! Then the very baby she just had
was stolen from her so Humans can HAVE
HER MILK!

And Vegetarians have no concept
of the violence and abuse this creates?
The misery that never abates!
Every dollop of creamy crap on your plates
is infused with these fates
And do YOU THINK that because
This mother is a COW
That makes her less of a person somehow?

That her needs, her pain, her love of her offspring
Is meaningless or somehow less
Of anything?
Simply because you don’t understand her mooing?

And you can’t see how what you are doing
Is just as bad as eating her flesh?

Creates a market for their flesh!! It's No Difference from being a meat-eater!

And you want to hear the rest?
The best part of this worst nightmare
After her babies are stolen, which she truly cares For
She is heartbroken only for it to be done again
And again and again and again

She loves them! Even though they are rape babies
Which she is herselfBut she loves them as you do yoursYou think carrying a giant growing baby cow inside you is easy peasy cheesy???Plus While confined, enslaved and mistreated, all in fear!
After growing inside her almost a full year
They are stolen away darling vegetarian dear,
This breaks her Heart for Real!
Her heart is Real! Her Love is Real!
Her pain and her ability to Love is Real!
Her life is Real!!
You should Know that since you consume
the very fluid meant to grow it!

All this Disastrous Misery so you can eat cheese?!Or ice cream or butter, fucker, please!!

Just So YOU can eat and drink her cruelly gotten
Pus and blood, antibiotics and bovine leukemia rotten
Mother’s milk
Breast Milk intended to grow an 80 pound baby cow
400 pounds in 200 days
This animal weighs
500 pounds at 6 months of age!!

And you think this magic white creamy stuff
Is the stuff of dreams?
Like puffy fluffy pillows and clouds of creams
Cheeses and breezes of happy cows on farms

Delighted to give you their lovely warm
Free from harm and free for the taking
Ohhhh the wondrousness of the pudding they’re making!

And custard, oh butter! I love ice cream like no other!
And it MUST be the CRUEL STUFF!!!
I only drool for the gruesome abuse ‘em deliciousness of Cow’s Milk!!
It ain’t ilk, as in gross, as in disgusting

Don’t be busting my ignorance!

Don’t shine a light on the worst of it!

Ohh, ohh you are ruining my fun!

I already stopped eating their dead bodies, isn’t that enough??

Drinking a little milk, that they made, just for ME, never hurt anyone, hun?

Your ignorance is dead and gone if you read on…

“Dairy Cows” are All Killed and Ground up for “Hamburgers”!
That’s Right!!

Their poor, tortured bodies and souls, their broken hearts, their beaten destroyed breasts, their poor wasted away bodies become, “useless” to the cruel savage barbarians who’ve enslaved and exploited her, raped and tortured, and 4 or 5 nightmarish, hell full, years after she herself was stolen from her own mother (she as in billions of she's, of cows), 4 or 5 babies of her own, stolen from her, her body can not produce at the rate that was never meant for her, and then she is KILLED and ground Up into so-called hamburgers! Which people then eat with her own stolen milk, coagulated and manipulated into a highly addictive, highly illness causing product, called cheese!!

Then wash it down with a milkshake or ice cream!!! Ugh!!!

These beautiful, kind, gentle, majestic animals could nurse their babies for 3 years, have close, lifelong bonds with family, extended family, and friendships. They could live for 20 years, maybe more! Yet they are enslaved and treated worse than imaginable, yet it is real and true and you are contributing to this every time you eat one drop of so-called dairy.

It’s scary. It’s horrible. And you need to wake the fuck up and stop believing industry lies and fooling yourself that Dairy is Ok because it’s just NOT.

NOTHING GOOD ABOUT DAIRY!!!

Even bullshit “humane”, “organic” shit is a stupid lie!!!

Wake Up Ignorance is Scary!!!

Cow’s Are NOT magic milk fairys!! 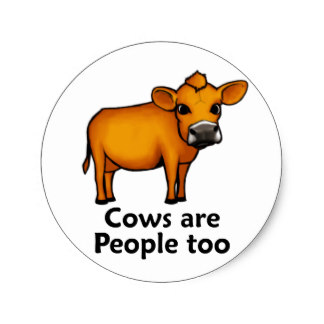 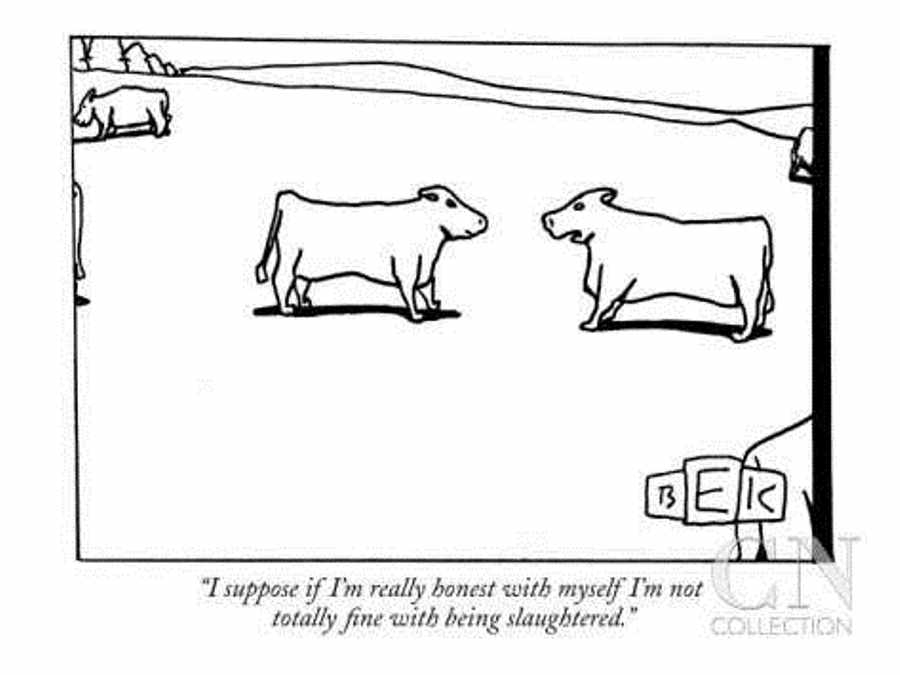 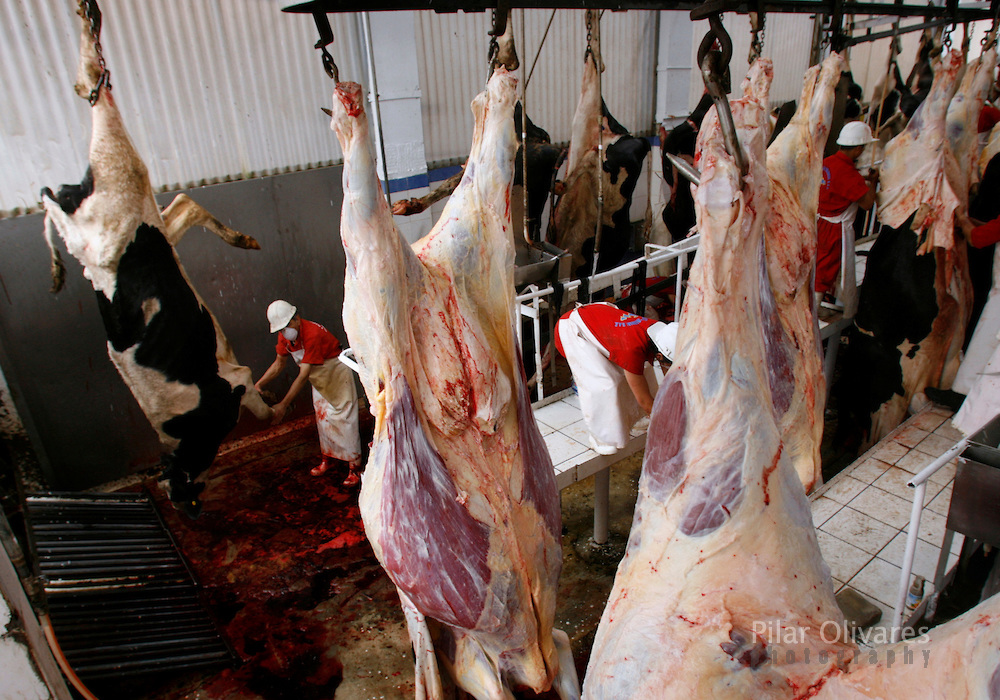 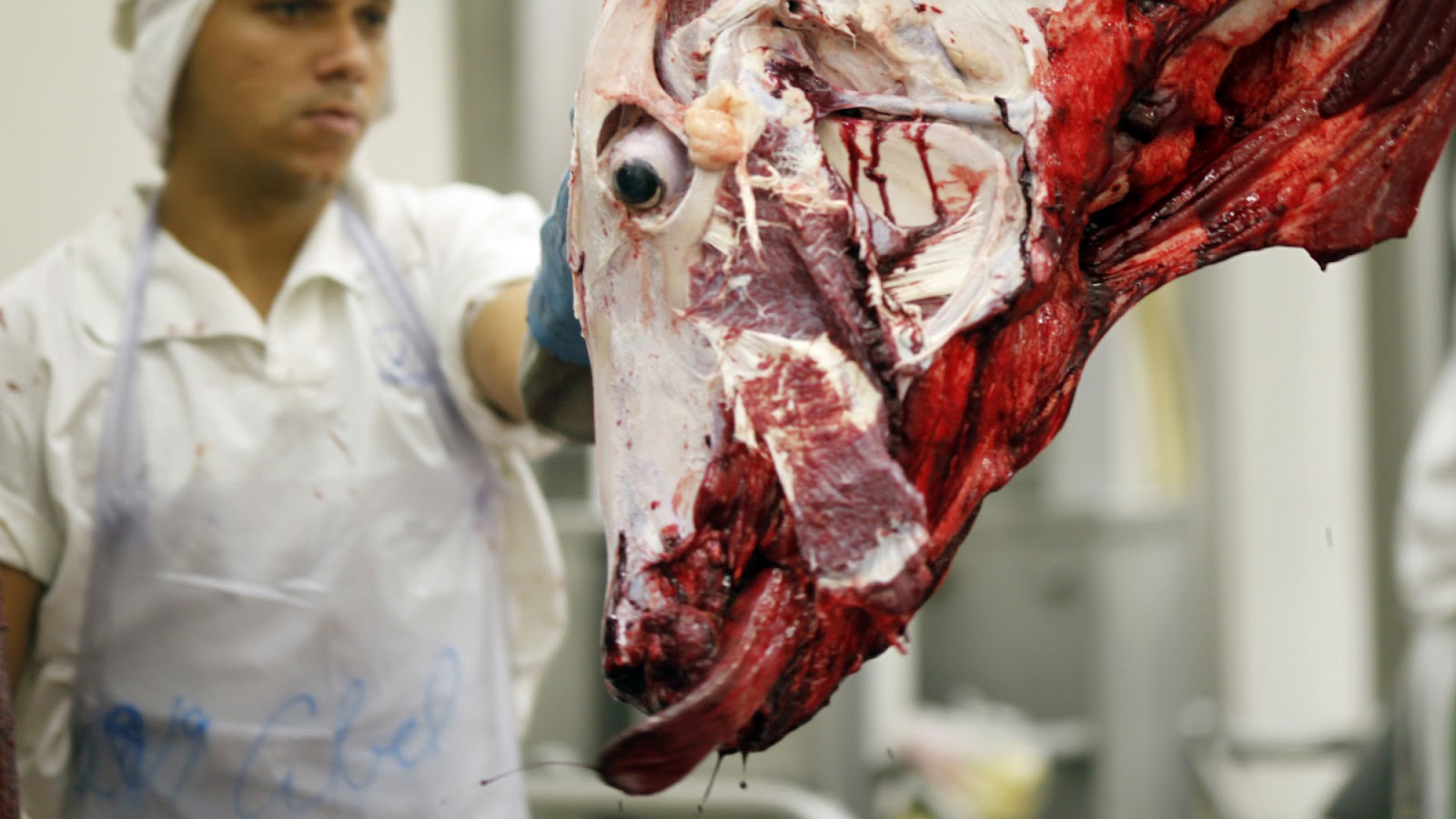 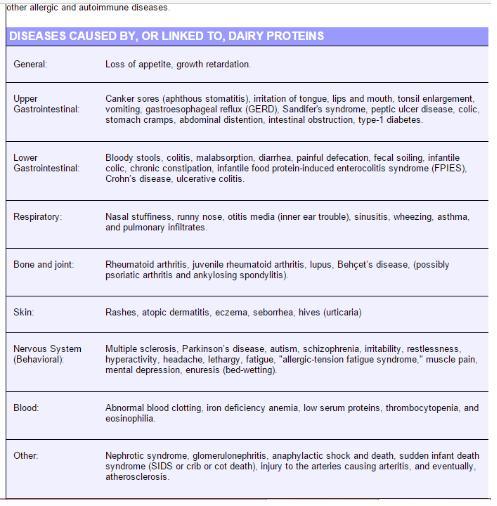 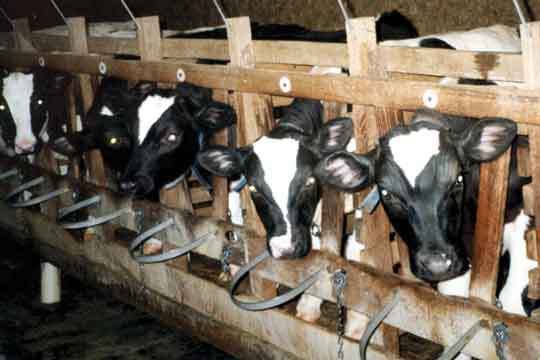 Beautiful Babies! Considered "Veal" Calves waiting to die, never had a chance to live. Mostly boys, but sometimes girls too, if a "farm" feel they have more than they can manage and sell them to slaughter 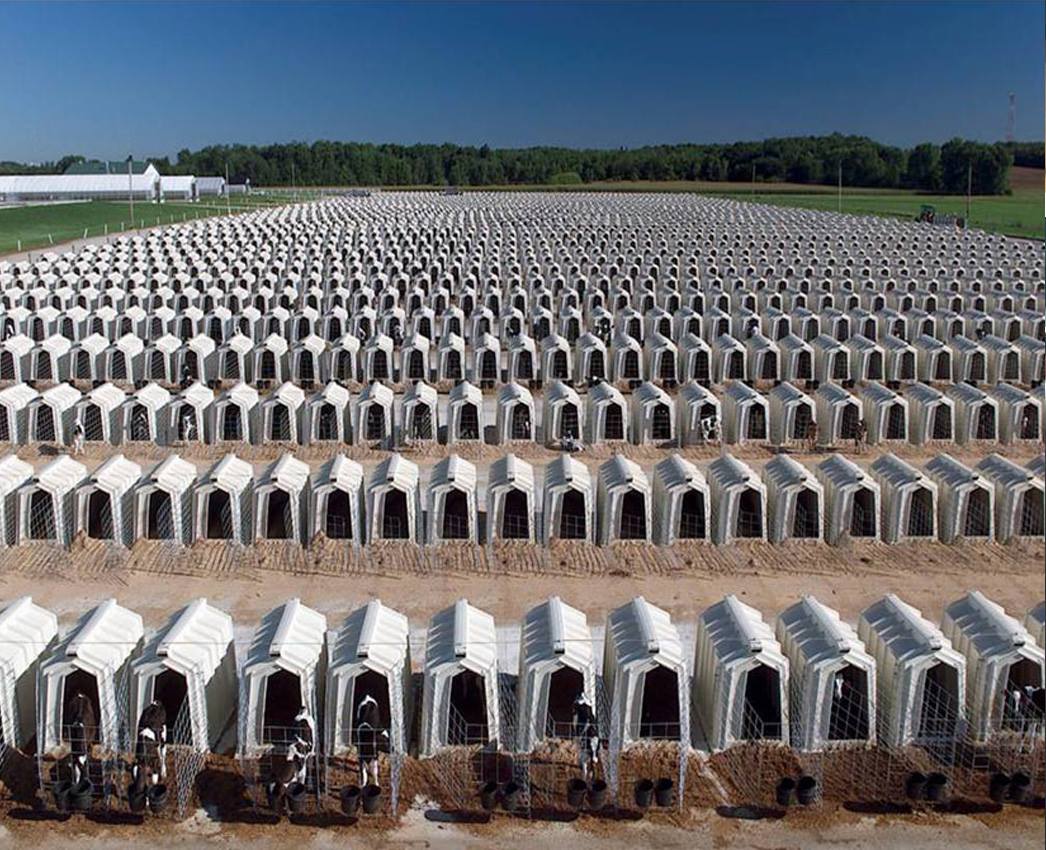 Veal crates filled with baby Boys and some girls who are "useless" to the Dairy Industry and the Dairy consumer, waiting to be sold for slaughter and killed where they will be eaten as 'veal' and sold as "leather" 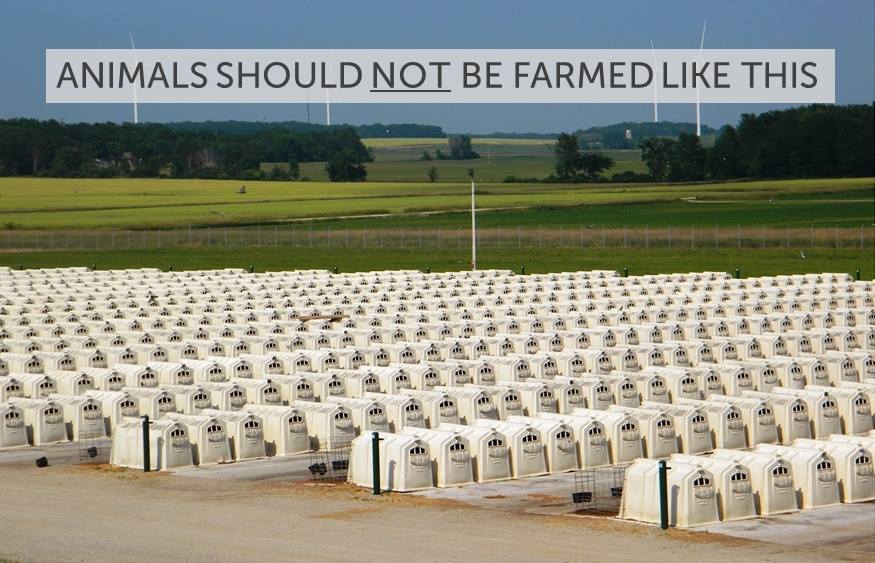 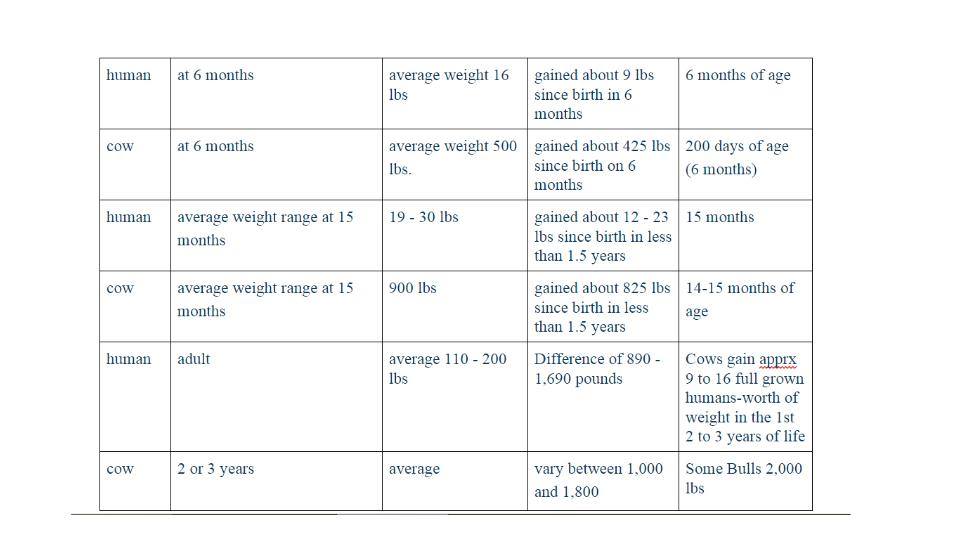 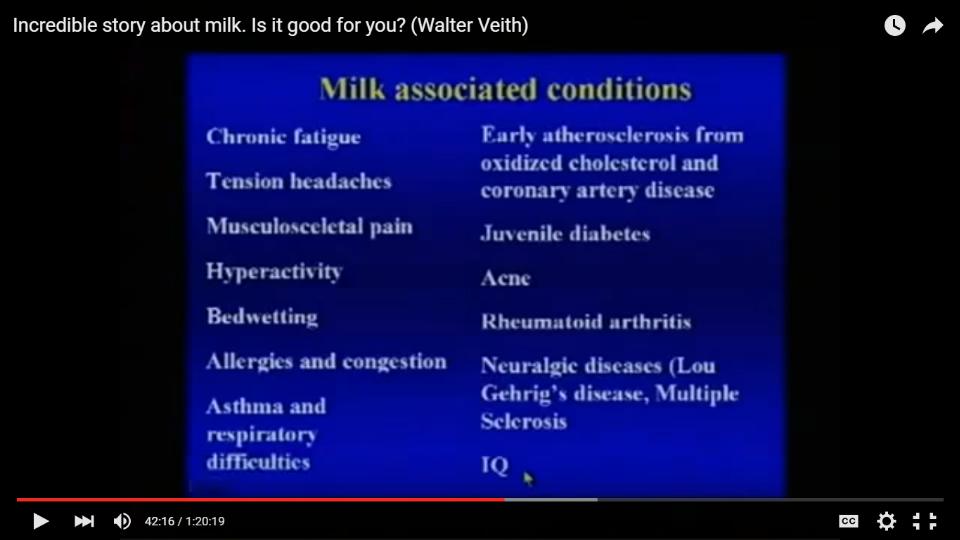 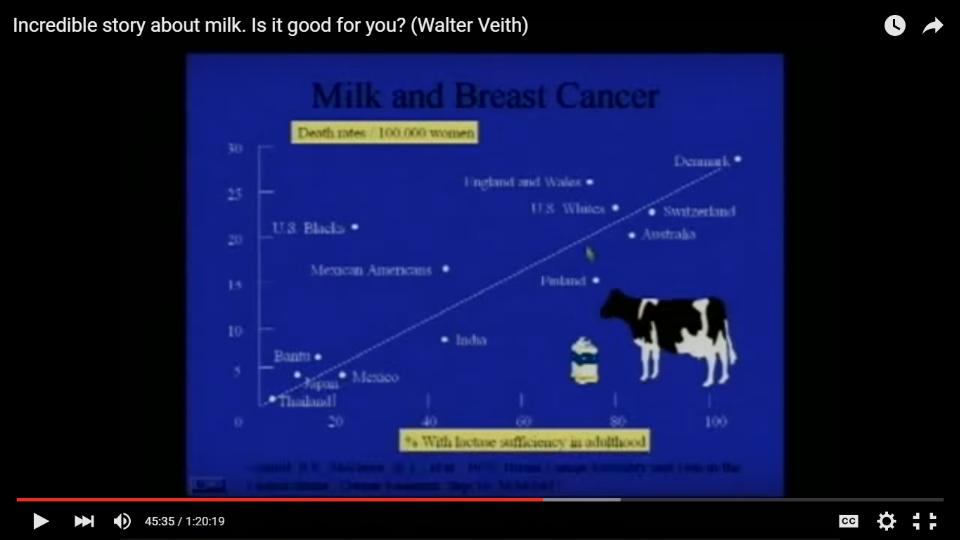