Finally moving my body in ways that feel good again and getting around to making some cute videos! Join me on Patreon to support me and enjoy the fruits of my stretching and video making 💖 https://www.patreon.com/LoveLivingPeach 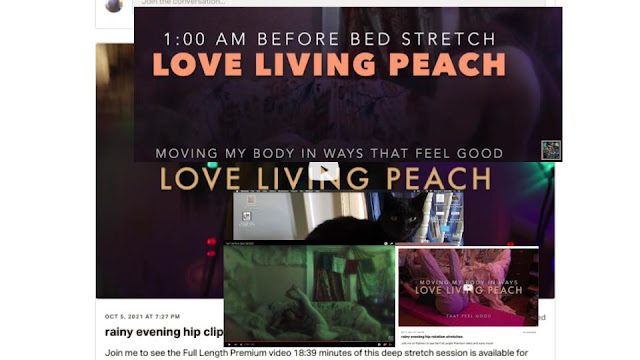 Posted by Love Living Peach at 7:40 PM No comments:

Wow four years old and just as relevant as ever even more! 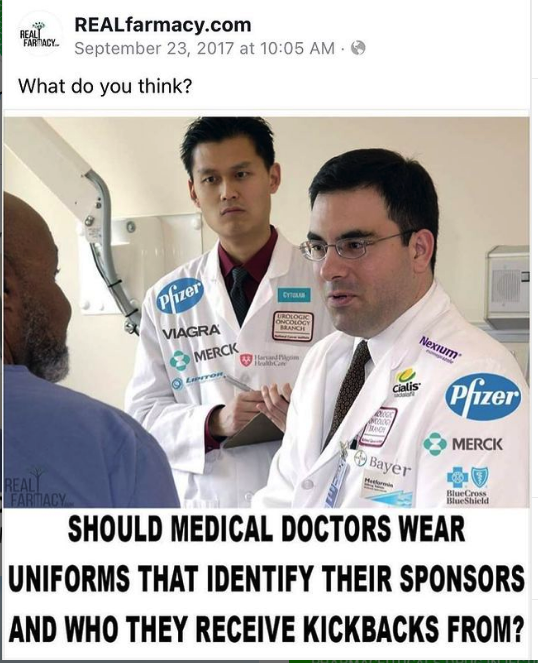 Critical thinking is more crucial than ever!

But when those who comply with the system they exist within follow along a narrative that is not actually in your best interest, that’s a problem… Don’t you think?

That is terrifying! And even more terrifying are the majority of those who are too afraid to go against what they’re being told to do or say or advise so they throw their hands up and surrender To #harmfulindustrylies
#profitableharmfulindustrylies #profitsovertruth #imrichbitch

Pharmaceutical worship mindset {this is not health advice}:

Healthy People Are Not A Threat [except to Big Pharma]

Guess what? Pharmaceutical drugs have never been the path to true health!

Healthy people are not a risk to anyone.

Guess what else? There are many alternative ways to be healthy, to heal yourself when you’re sick, to overcome diseases, and to take care of your overall health and well-being without pharmaceutical drugs!

Can you believe it? You can’t?! Well it’s true anyway, even if you don’t believe it! How about stop bullying people into doing what you did for your self because not every thing works for everyone! 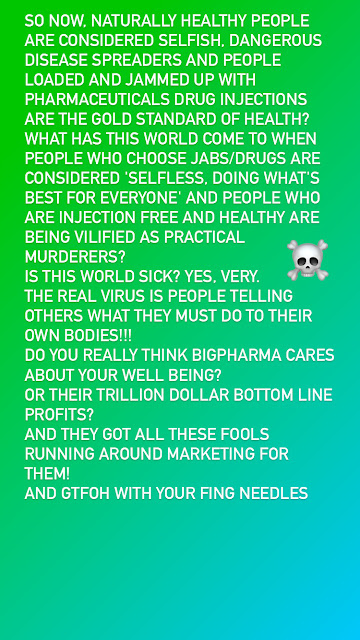 There is no cookie-cutter cure for everyone so stop pretending that there is and then vilifying those who have other ways to deal with their own health which is literally none of your effing business. Click below to Read more👇🏼 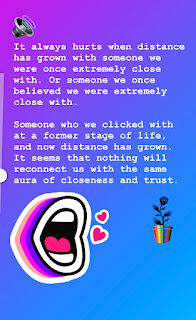 Just keep remembering that we’re not responsible for how others behave. We can’t control how other people choose to show up.

how much melanin we have

There is so much to learn about racism and I highly encourage everyone to do so.

Overheard conversation walking in town, group of 2 mom's and 5 kids, all pale. One of the women was milky pale. Teenage girl says, "I wish I wasn't as white as I am." One of the women replied "You wish you weren't as white as your mom?" "Yea." She answered.
I just think it's so interesting being a "pale skin" person. Yes, I know it comes with certain "privilege". It also comes with, in my opinion, responsibility to learn about the horrors pale skin people have committed against millions of people with more melanin. It comes with being associated with these crimes. It comes with all the benefits that have been laid before us for hundreds of years through the brutal cruelty inflicted upon the millions of beautiful people deserving of respect, love, kindness, freedom, and to thrive as they desire and are fully capable of doing. Click below to Read more👇🏼
» Click here to Read more »
Posted by Love Living Peach at 11:26 AM No comments:
Labels: anti-racism, judging, labels, melanin, pale skin, racism

Dream stompers are everywhere - disguised as 'well meaning family or friends', camouflaged as 'practical advice', cloaked in concern concealing fear - others' fear pushed out as pragmatic plans.
Don't allow your dreams to be diminished to fear by others afraid to follow their own truest desires. We can allow ourselves to grow - even into what others deny is possible - it's Your Life!! 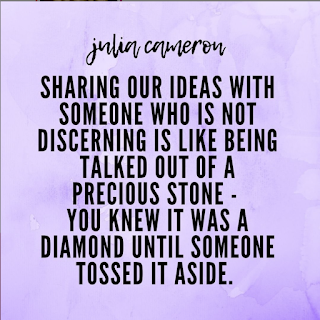 Posted by Love Living Peach at 2:13 PM No comments:
Labels: allow yourself to grow, discerning, do what you love, dream stompers, follow your dreams, Julia Cameron, vegan

I invite everyone to stop 'shoulding and you must'ing' others

Anytime teachers begin with 'we need to, we must, it is your purpose, or any such controlling language - it comes across as preaching and insisting - rather than offering - inviting - and opening a door for others to peer into. In my opinion, no one wants to be shoved thru the gateway of their journey. I invite you to consider softness in your delivery of these important messages and teachings...'we need to' is hard, insistent and forceful not soft and inviting...

I invite everyone to stop 'shoulding and you must'ing' others.
I invite everyone to start welcoming, inviting, offering, opening, sharing with others.
here I go from soft and inviting to sour and irritated!!!
It actually really irks me whenever I see so-called teachers framing any concept with statements like, "It is your purpose in life to....blah blah blah...." no hunty - maybe that is YOUR purpose - but no one can inform another WHAT their purpose is!!! It is downright infuriating to me that some people feel so enlightened that they believe it is their calling to tell others what their calling is without being asked!!!
I invite you to consider that any idea or opinion that you desire another to be open to, to seriously deliberate, and to genuinely contemplate adopting - will be more welcome when offered as an invitation rather than a MUST being Thrust upon them.
"Try it...you might like it." - Yo Gabba Gabba 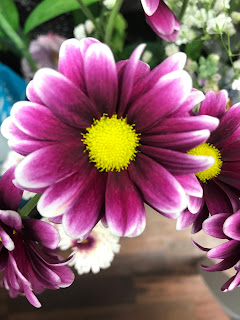 Posted by Love Living Peach at 2:25 PM No comments:
Labels: consider, don't should others, don't should yourself, invite, invite don't force, offer, open, softness not demanding, we must, welcome, you must, your purpose
Older Posts Home
Subscribe to: Posts (Atom)