They [4 different doctors in 3 different states] misdiagnosed me several times. Every time.

They continued to offer and highly encourage prescription drugs that actually had severe, permanent damage as side effects. Damages and side effects WORSE than the original issues.

Luckily I was very stubborn, curious, and not easily goaded into taking most the drugs, or allowing most of the surgeries being pushed.

But I did give in to some, and I suffered greatly everytime I allowed them to force their drugs and knives into my body.

Insane that all of the doctors had so-called “scientific names” for my issues, and drugs to prescribe with them, but none of the diagnosis were correct, none of their drugs helped. The drugs made everything worse. The surgery made my entire body suffer, in pain for many, many months AND did NOTHING to solve the original issues.

They actually told me that my "issues" were "incurable", yet would require lifelong drug regimes, despite them not being able to clearly diagnose the issue, and each doctor I went to told me the previous doctors diagnosis was incorrect, and gave me more tests, more prescription drugs, and more questionable advice.

Once one doctor said he was ready to remove my ovary, after 10 years and a couple surgeries with him, I quit him and ran!!

I finally got some REAL help and none of it came from drugs or surgery!! Nope!!

It was FOOD and emotional issues that had to be dealt with and like magic my body healed COMPLETELY! In about 3 months I was dramatically better. In less than a year, I was pregnant! Naturally!

After 20 years being inflicted with pain, many reproductive issues, being told that I was sterile, and barren, and I would never have babies naturally, and maybe not at all, unless of course, more drugs, procedures, and surgeries, yet, here I am finally healed!

I healed completely once I got away from this test-drug-surgery-more drugs mentality that literally IS the definition of Allopathic ‘medicine’.

Now these MFers want to try to force their ineffective, dangerous drugs on EVERYONE?! Fuck that and Fuck them!!!!

Oh, I still have both ovaries, my entire reproductive system, I have regular cycles in my 40's, that I never did in my teens, 20's and first half of my 30's. All healed!

Plus the best, my two miracle children! Conceived, and birthed completely naturally with NO drugs!!

Crazy and powerful what the right food [plants! Not dead animals and their secretions], and emotional intelligence can do for a sick body.

We CAN heal! As long as we don't allow doctors to drug us up, chop us up, cut out our 'sick' body parts, and actually work on healing them!

Sad but true that you can not heal a body part that's been removed!

Sad but also true, prescription drugs is not the path to health.

But it does keep you a patient for life. What a happy trillion dollar profit for them. 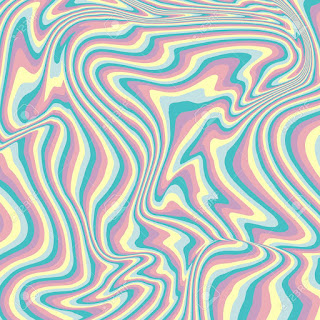