Plants are alive and that's why it's so vital that we eat them!


Animals are killed before consumed and should not be eaten because then you are eating something dead.


Most rational people can see the difference between plant life and animal life. But yes, it is life! Eat life not death!


And don't eat dead plants! Dead plants = rotten food and seeds for new, fresh food.
Dead animals = a departed soul and a rotting corpse = not food. Let me repeat, plants are living food! Don't eat dead plants, they are rotten. Don't be Rude
Eat Food Not Animals, dude.
That's just crude,
dead flesh chewed
does not produce a happy stasis
Did you ever think about their faces?
While you munch on their guts?
Why doesn't this seem nuts?
It does to me!!
Silly ol', little weird me!

Those industries are making billions of dollars from the business of killing, raping, exploiting, torturing! Violence!! Killing animals, killing the humans who consume it, and killing Earth. Please stop! 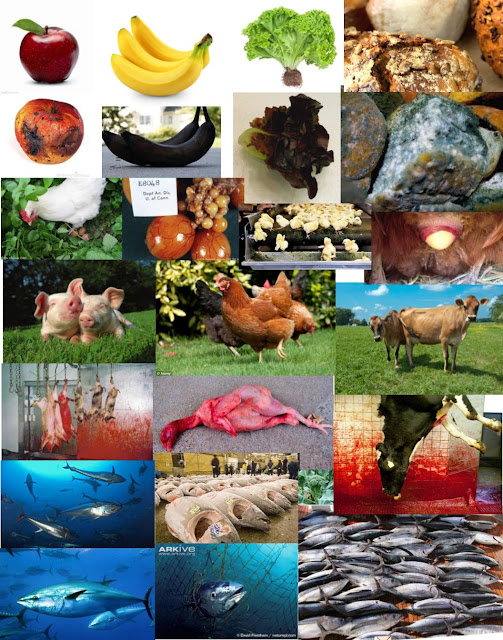